I’ve been extremely blessed with the ability to train and teach H2H combat around the world. I’ve led rape prevention classes in Moldova. I’ve been tested and certified as a Krav Maga instructor in Israel. I’ve taught counter-abduction classes in Cairo. I even tried some amateur sumo wrestling on the shores of Japan (just for fun). I love and respect other cultures and love to learn their fighting methods. There are so many differences between martial arts and fighting systems, even within the world of Krav Maga, the most effective all-around fighting system I’ve come across. But from region to region, even Krav Maga is taught differently. Some Krav Maga schools are highly technical. Some are loose. Some instructors are inspiring and fun to be around. Some are rather blasé. And of course, there’s the rare and terrible thug/bully instructor. All of these experiences have been constructive as my team and I have have conspired to craft a revolutionary Krav Maga community. When we started out, the goal was to combine first-rate techniques and teaching methods, to be a federation that’s truly evolving, as Imi Lichtenfeld always intended. As KM instructors, we all want people to “get home safe,” obviously. But at Atlas Krav Maga, we want more than that. We want students to be healthy and strong. We want our students to protect their loved ones and their neighbors. Our motto, “Strength For Others” conveys that we’re not just dedicated to bettering ourselves. We want to better our communities. If you’re strong enough to fend for yourself, that’s strong. But it’s not Atlas strong. At Atlas Krav Maga, we strive to be strong enough for others, not just ourselves. That translates into the AKM’s leadership model, too. As a federation, we don’t just want to make a pile of money; we want to take good care of the schools in our movement…and that’s what Atlas is, a movement. And that makes us unique.

As the owner of several Krav Maga schools here in North Carolina, I’ve worked with two different federations, both based on the West Coast. One was expensive and excessively political. The other cost less but lacked professionalism. They both had positives of course, but neither were geographically convenient and neither were really dynamic. My schools in North Carolina needed a federation that was conveniently based on the East Coast. That was critical. But more importantly, we needed a federation that was evolving. We needed a federation that understood physiology like the doctors at Original Strength do. We needed a federation that understood and appreciated the nuances of modern weaponry and how to manipulate them. Essentially, we needed a federation that was more thoughtful and exciting, but that federation did not yet exist. And so, two years ago, my instructors and I began laying the foundation for would become Atlas Krav Maga. We launched early this year, and we are growing quickly. Schools from all over the East Coast have joined and continue to join, and we’ve already completed multiple Phases (instructor certification courses). And along the way, we’ve been truly blessed to partner with forward-looking professors like Tim Anderson (NC), Terry Bullman (TN), Charles Cherry (MD) and Michael Bank (SC). They’re visionaries who truly care about their communities and advancing this movement. If you’re a school owner and you’d like to join us too, simply email us through the Atlas website.

Thanks for reading and thanks to all the people working with us to truly make a difference. If you have a minute, I’d like you to watch a short video that shows us training. “Strength For Others.” It’s what we do. It’s who we are. We are Atlas. 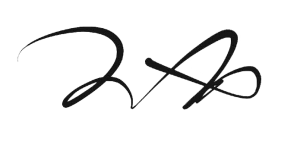